Located in a highly sought after position, fronting the ocean near the blowhole at Kiama on the NSW south coast, this architecturally designed home is a showpiece of both MIE’s engineering capabilities and the combined effort of the entire building and design team.

The house incorporates a number of interesting design features utilising primarily steel and concrete, but the location itself, directly opposite the ocean, meant that corrosion protection of the steel elements was critical to the durability of the design.

The design features a combination of concrete slabs supported on steel columns to maximise the views and create a slimline structure, with large louvres in the roof over the front deck.

Detailed modelling of the slabs and steel work was required to ensure the cantilevers and change in levels were achieved seamlessly. With a large span for the front deck the set downs and down turn beams were analysed to fit within the wall thickness and to avoid bulkheads and changes in the ceiling levels. The final result was level transitions between the various floor finishes throughout the first floor.

One of the most interesting features of the house is the incorporation of the down pipes within the external brick boundary wall. An element which was achieved in consultation with the MIE team, builder and the architectural design team.

This feature also required wind posts for the lateral stability of the long brickwork wall. To resolve this issue, the MIE team discussed several iterations with the architect and builder in order to achieve a sleek solution that satisfied both the aesthetic and the structural requirements.

The extensive experience that MIEngineers has acquired, working with architects and establishing clear lines of communication, streamlined this stage of the constructions with the details coordinated at an early stage and the final outcome satisfying all the requirements.

Another impressive feature is the stair case, which was designed to have a central stringer with cantilevered treads and open risers. This posed an initial challenge for the MIEngineers team, but a challenge which was overcome and the final residence is quite amazing and a project that the MIE team is extremely proud to have been part of creating. 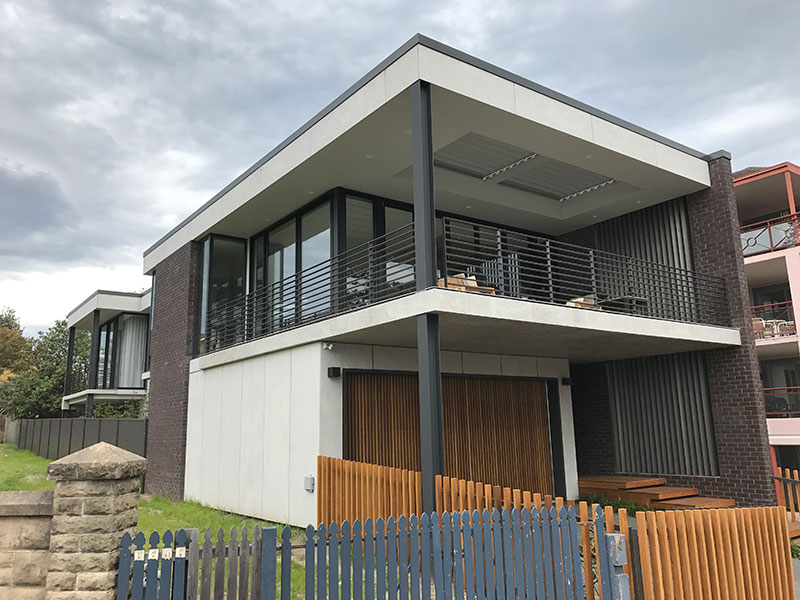 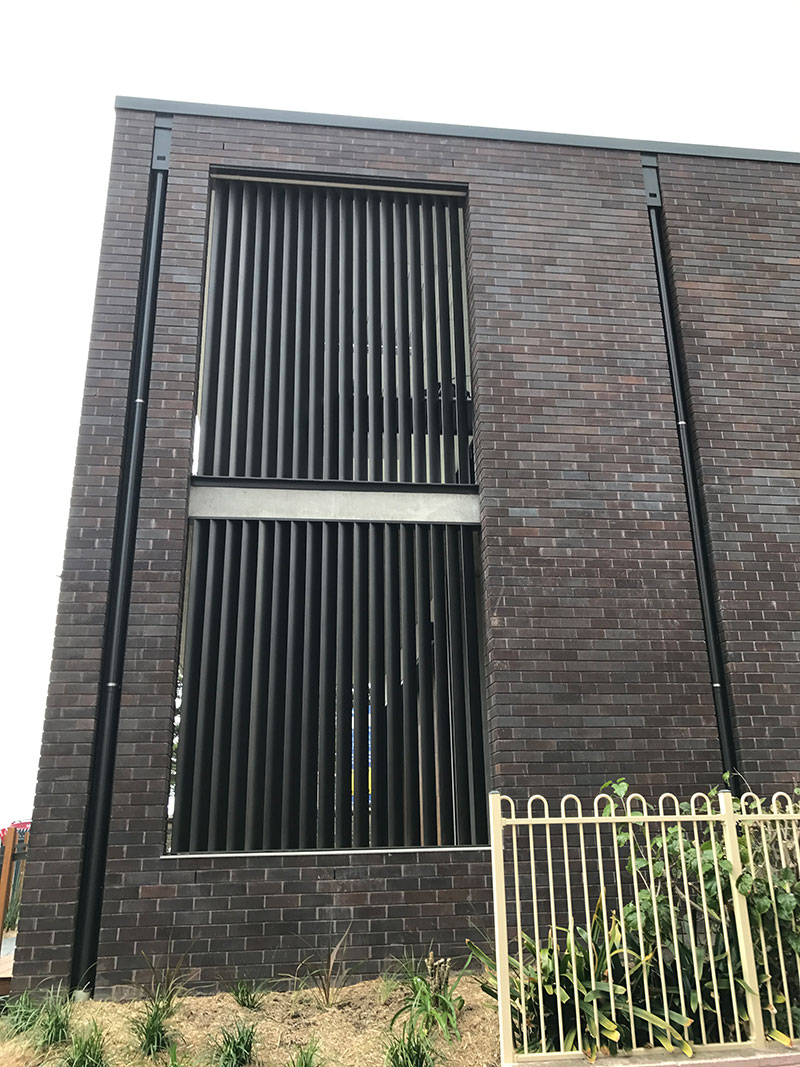